This month, young Eric was at it again. Pickles’ Communities & Local Government Department issued new planning rules for schools, ordering local councils to allow good schools to expand and threatening the cane if they exercise their own democratic judgment.

This is, to put it bluntly, an idiotic policy, created by idiots, for idiots to apply. A sensible person would ask why there are good schools and bad schools. As taxpayers, we fund both kinds so we have an interest in seeing the bad schools turned round as soon as possible. Children are trapped in those bad schools and someone ought to be speaking up for them. Now. Setting up a ‘free market’ in which schools compete to poach each others’ pupils is the kind of harebrained scheme we might expect after 30 years of the Thatcher experiment but it’s simply no way to get results quickly and fairly. Why not just find out what the good schools are doing right and get the bad schools to do the same? Before marketisation, when there was still a sense of the common good, best practice circulated rapidly. Now it’s commercially confidential, a secret you can’t have unless you pay for it. Childish. And it damages children’s prospects for the sake of someone’s big ego and their lucrative career.

It also causes chaos. Parental choice means one lot of children being ferried from A to B, passing another lot being ferried from B to A. Between a twelfth and a fifth of all traffic in the morning peak is accounted for by the school run. What do these folk imagine will happen when oil prices make this kind of nonsense impossible?

Earlier this year, our policy review meeting took a view on education, which is that we see it as part of building better communities, growing out of inclusive schools at their heart. Schools that cherish all and are cherished by all. Schools that won’t let their children down and which won’t be let down by the community that funds and manages them. Recognising the primacy of individual and communal autonomy, fully inclusive schools are a Party aim rather than a requirement, to be achieved where supported locally but not imposed where they aren’t wanted. Parishes should decide whether private schools are to be tolerated on their territory.

Current national policy, seeking to undermine community schools rather than enable them to achieve more, is State-sponsored looting by the most mouthy, selfish scum our society has yet spawned. The promoters of ‘free schools’ deserve to be in jail for diversion of public funds, sharing a cell with a freshly convicted rioter or two. And if there’s room, a few Labour advocates of ‘academies’ sponsored by the likes of creationist car dealers. The whole London party consensus on the education system is that it’s fair game for social vivisection. Do any of those involved want better schools in their area? No. They want a better school in their area, from which they can benefit through dismantling democratic accountability to the whole community.

Our view is that all public funding for private and faith schools should be withdrawn because of their potential to divide communities on class and religious/ethnic lines. Educational apartheid is a real possibility in larger cities but we shouldn’t forget the special problems of rural areas, which are the main concern of a party devoted to the needs of Wessex.

Many of our village primary schools are Church of England schools, largely as a result of our particular class history in the 19th century. In England as a whole, in January 2002, 32.8% of State schools were identifiably faith-based. (The local figures that follow are also from January 2002 but given the direction of Government policy since then they are very likely to have increased: the national figure for January 2008 was 33.2%.) In parts of Wessex the figures were very much higher than the national average: 60.9% in Wiltshire, 56.3% in Dorset, 51.4% in Oxfordshire, 49.6% in Somerset, 48.1% in Bath & North East Somerset. (Cornwall, with its Nonconformist heritage, comes in very much lower, at 17.4%, as do other traditional mining counties like Derbyshire and Durham.) Wiltshire’s 60.9% was exceeded only by Westminster and Wigan, both urban areas where parental choice has the possibility of meaning something. When your village school is run by the CofE and so is every alternative for over 10 miles, ‘choice’ may have rather a hollow ring to it. In fact, it reveals the whole idea of parental choice to be a fantasy dreamed up by folk in posh London suburbs who have no idea of the unavoidable reality in much of the countryside.

Many parents feel cheated. Many are very upset, because in 2003 the Archbishop of Canterbury issued instructions to his schools that they should see themselves as small churches, holding confirmation and communion services for their captive congregations.

It is arguable that Church dominance of much of the Wessex schools system is a badge of regional difference and as such something that ought to be cherished. Anglicanism has been as much a part of Wessex’s regional culture as Puritanism in East Anglia or Methodism in Cornwall. It should continue to be, if that’s what folk want. The question is, how much power do they really have to change it if it isn’t?

It must be right that local choice and local control should be meaningful and at present they are not. Non-communicants are second-class citizens. Before reform of the House of Lords in 1999 we had in effect an ‘established Party’ (the Tories) with a privileged role in government. The ‘Tory party at prayer’, our established Church, still has that privileged role in education. Its position is deeply embedded and protected by law, so that, for example, when village schools are closed and the sites sold the money goes into national coffers, to be mismanaged by the Church Commissioners. The Church nationally therefore actually benefits financially from the withdrawal of our village schools. Other concessions have been made over the years, such as the State taking on an ever greater share of the cost of maintaining these buildings, which it will never own and whose eventual sale will produce a massive windfall profit for others. Not forgetting, of course, the free transport to school. All that cross-bussing again.

If we were to design a schools system from scratch, to fit within the structure of government we advocate, community should come first. Parishes, or groups of parishes, should run primary schools. Hundreds, or groups of hundreds, should run secondary and further education. Counties should provide specialist services not viable at any narrower level. Everyone involved should work together to provide the best possible education for all, with no axes to grind. Schools funded by all should be for teaching and not for preaching. The availability of the facilities for dual use by the school and, out of hours, the wider community should be obligatory. Common sense? You might very well think that. We couldn’t possibly comment.

I wouldn't class the Anglican Church with other faith schools, as it is the historic, established church of the realm. It has always been at the forefront of the development of education in the UK since Anglo-Saxon tines,

Privileges with responsibilities are not necessarily wrong, so pointing out legal privileges shouldn't be regarded as an argument against the Church, or indeed the Lords, in itself. I'm a traditional Anglican myself and no doubt, if you are not, you may disagree over it value.

One thing I would advise is don't unnecessarily alienate Anglicans, Christians and conservatives. I would argue a certain social and cultural conservatism is most in-tune with decentralism.

Privileges with responsibilities attached are indeed not necessarily wrong, though in my view these can only be justified where there is democratic accountability for the exercise of them. Equally, they shouldn’t prevent discussion of perhaps better alternatives: it’s important to open up for debate some areas that have been regarded as closed for fear of offending entrenched interests, despite real public concerns. That’s part of what a radical decentralist party should do. If we can take Ruskinian conservatives along with us on that journey, all well and good.

We have now adopted a policy against publicly-funded faith schools. The only sure way to influence future policy developments is, of course, to join the Party. Commenting from the outside doesn’t have quite the same effect. 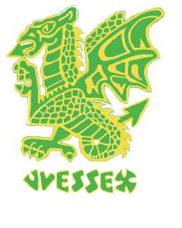